Our Adult and Children’s Choirs are led by our Music Director, Jennifer Ravera. She can be reached at music@saintj.com. 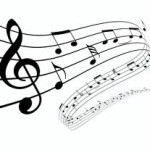 Music Director Jennifer Ravera has been involved in music her entire life.  She graduated from Westminster Choir College in Princeton, New Jersey in 1993 with a Bachelor’s of Music.  After graduation, Jennifer started her music career in Chula Vista, CA, where she was the music teacher and choir director at St. John’s Episcopal Church and School.  In 1999, Jennifer relocated to the Bay Area and began her teaching career in the New Haven Unified School District, in Union City.  She currently is the choir director at Cesar Chavez Middle School in Union City.  Jennifer was also the substitute organist and choir director at St. Anne’s Episcopal Church in Fremont from 2004 – 2011.  In September 2011, Jennifer began her tenure at St. James’ Episcopal Church as their Music Director and organist.  Jennifer and her two children, Joey and Olivia, are very happy at St. James’ and feel blessed to be a part of the St. James’ community.

The annual meeting takes place this Sunday January 23rd. The Annual Meeting will be held in-person at St. James and live-streamed from 9:15am. It will be followed by our regular Sunday service at 10:30 with the Rector’s address and video slideshow.

Join Rev Lori Walton in celebrating a service of Holy Communion for the Second Sunday of Epiphany from St. James’.

Join Rev Lori Walton in celebrating a service of Holy Communion for the First Sunday of Epiphany from St. James’, with a sermon from Ingrid Jacobson.