The windows of St James’ are filled with the names of our ancestors from the beginning of the parish.  The Overackers, Buntings, Haleys, and others were 19th Century pioneers whose contributions made it possible for generations of people to have a place where faith, hope, and love could be lived.  Their names are etched in the windows of the Little Church.

Toward the end of the 20th Century another name was added to the list of those enshrined.  Bert Loosmore took his place among those remembered in stained glass.  The genesis of his window is a remarkable story beginning in the 1970’s.  While Bert and his wife Margaret were living in Niles and worshipping at St. James’, two other members of the parish began a project that would culminate in the window that bears Bert’s name.

The ’Little Church’ as it was called was built in the mid 19th Century.  It was founded by the first Bishop of California, The Rt. Rev. William Ingram Kip.   He was from the northeast of our country and was appointed as a ‘missionary bishop’ to the wilds of the young state of California.   He was literally the Episcopal Bishop of the entire state.  As he journeyed up and down the state he no doubt saw the missions and other buildings built in the style of the Spanish.  For our bishop a house of worship of which he was accustomed looked different than what he found here.  One might imagine he had the drawings of a New England style church in his cassock pocket.  From Nevada City to Sonora, from San Jose to Jolon and Centerville our first bishop confirmed congregations and had buildings constructed.  If you go to those towns today, you’ll see basically the very same church building as our Little Church.

The church of St James’ was built on what is now the northwest corner of Thornton Avenue and Fremont Boulevard.  The land is now occupied by a service station, car wash, and pizza parlor.  In the years that followed prominent members of the congregation donated stained glass windows to replace the original opaque windows of the church.  Artisans from San Francisco made the drawings, others cut the glass, still others installed the windows.

With the baby boom of the late 1940’s and early 50’s, the original property was too small to accommodate the growing church community.  Other land was purchased and the church building was moved down Thornton Avenue to its present location.  Other memorials were established as a new buildings rose up for worship, education, and service to the larger community.

All this time the window over the entrance to the church was the original opaque glass.  Here’s where the next chapter of the windows begins.  Nancy Svenson, the parish secretary, Barbara Lyon, the wife of the rector, Jean Dickson and Barbara Humphries all submitted designs for a new window, and Nancy Svenson’s design was selected.  Compared to the other windows in the Little Church, it was a modern design featuring a dove and fire, symbols of Pentecost. As is often the case in the life of a church, the drawing was made, people appreciated the design and craft of the creators, and it was put on a shelf and gathered dust.

Bert Loosmore was an engineer who worked for PG&E.  He had the keen mind of his profession which was robbed through the scourge of Alzheimer’s Disease.  His wife Margaret cared for him at their home as long as she could but finally had to place him in a care facility.  She would visit him every day, eat meals with him faithfully even when he could no longer remember the name of the woman with whom he had shared the largest part of his life.  His death, like so many, was a moment of both relief and grief.

Bert and Margaret had friends, Laurie and Martie Davis.  Laurie, too, was an engineer.  He and Bert spoke the same language.  Laurie had a hobby: stained glass.  It didn’t take long to put the puzzle together. Laurie Davis was commissioned to make the window that Nancy Svenson had sketched.  Laurie moved the cars out of his garage and took what time he could to make the window.  He added a chalice to the design to indicate that St. James’ is a eucharistic church. When it was complete, Laurie, the young rector, and others hoisted the window in place.  A 20th Century window was dreamed, created, built, and installed by those whose very place of worship was the Little Church.

Two tangential items cannot be forgotten.  Laurie had not made a window of this size before, so there was glass left over.  He took the extra glass and made medallions in the form of a fish and gave them to those who were instrumental in the creation of his masterpiece.  The window was dedicated with all the pomp and circumstance for which the Episcopal Church is noted.  At the end of a memorial Eucharist for Bert, the altar party processed from the Bunting window, the last 19th Century window to be installed, to the back of the church and light streamed through the new 20th Century window.  After the words of dedication were pronounced, incense was used as a fragrant offering of praise.  This action was not part of Margaret’s spirituality so she left the proceedings and became the first person to gaze upon the newly blessed window from the outside!

Our church newsletter, The Window, was named after the Loosmore window.

A newer stained glass window is a memorial to Clinton Hilliard, donated by his wife, E.J. Hilliard. In 2005 she started talking to the artist to create a memorial to her husband. Fellow parishioners participated in faceting the one-inch thick glass pieces, using hammers to chip the pieces. Those pieces became the West Window in the main church sanctuary, installed on September 18, 2005, Clinton’s birthday.

Our latest stained glass are in the front doors of the sanctuary. The colors continue the theme of the Hilliard Window which is above it. These windows represent St. James, our patron saint, the shell of James, the chalice of communion, and a net cast into the sea for fish. These windows were installed in July, 2010.

~ Author Unknown. Edited and additions by Janet Fischer (2010)
~ Photos by Dean Valentine (2009), except for photo of the Hilliard Window. Photo of the St. James Window by Johanne LaRocque (2010).

Oct
4
Tue
2:00 pm Grief Support Group
Grief Support Group
Oct 4 @ 2:00 pm – 3:00 pm
St. James’ is offering a Grief Support group for any who wish to attend. Our parish has lost a number of members over the past 15 months, and in addition, many parishioners have losses of…
Oct
5
Wed
10:00 am Wednesday Ante-Communion Service...
Wednesday Ante-Communion Service...
Oct 5 @ 10:00 am – 11:00 am
Gather together for our Wednesday morning Ante-Communion Service – a regular service minus Holy Communion. Each Wednesday at 10:00 AM we will explore the upcoming Sunday lessons, gather our prayers for those in our community,…
11:00 am Connecting with Others Bible Study
Connecting with Others Bible Study
Oct 5 @ 11:00 am – 12:00 pm
Join a rich conversation about our sacred stories with other parishioners. Email Rev Lori at lori@saintj.com or use the zoom link below if you’d like to join us. Click here for Zoom link.
3:00 pm Book Study: Inspired
Book Study: Inspired
Oct 5 @ 3:00 pm – 4:00 pm 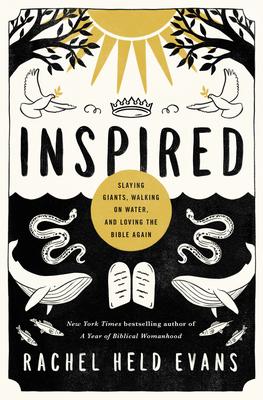 Join Rev Lori Walton in celebrating a service of Holy Communion for the Feast of St Francis from St. James’.

Join Rev Lori Walton in celebrating a service of Holy Communion for the Sixteenth Sunday after Pentecost from St. James’.